On the recent beatification of John Henry Newman

Having witnessed the recent events leading up to the beatification of Cardinal Newman, I wonder how those who went to see it were aware of just who he was and what he stood for. He is undoubtedly the theologian whose work led to the Second Vatican Council and above all its acknowledgement of the role of the laity in the Church.

Part of his vision for the future of the Church was to foster the education of the laity. He became a Catholic during decades which saw the restoration of the hierarchy and a rise in ultra- montanism. He was no revolutionary but he saw no conflict between the necessity for authority and the necessity for academic freedom, together with the best possible education for the laity. He saw the plain historical fact that in the church as a whole, even on occasions without the episcopate, there was a fundamental sense of the faith. He had learned as a young clergyman in a poor parish in Oxford to understand, care for and respect the souls in his charge. Likewise among the poor in Birmingham: 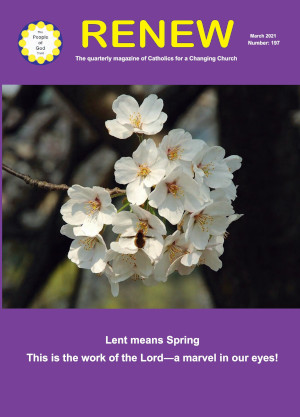