You are here: Home

We are above all a community

We are above all a community 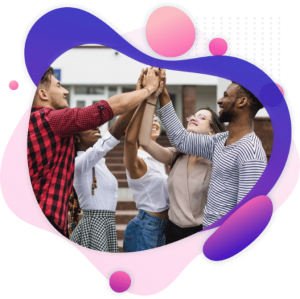 I’ve never celebrated a ‘private mass’, or made a ‘spiritual communion’; to my mind, both are oxymorons, for ‘where two or three are gathered in my name, I am there in the middle of them’ (Mt 18:21). So the invitation to ‘participate’ in the Easter Liturgies or Sunday Mass via the internet is equally nonsensical to me. I let the invitation pass on the other side of the road.

To some I’m sure they bring comfort. Watching. Yes. But is it participation? Do we participate when we watch a TV programme? No. We are an audience, not a congregation, still less the Assembly called together. We are gathered around millions of TV screens but we have not come together. We may laugh, or shout, or scream, but no one beyond those beside us hears us. We may believe what we see, but we don’t take part.

We are living through an extraordinary time, mostly confined to our homes, with shops, businesses, even churches closed, sacraments unavailable. Pastoral care from the officials of the Church is patchy at best, mostly non-existent.

But a great deal of pastoral care by the bulk of the Church evidently abounds, with people of all faiths and none spontaneously serving neighbours and strangers alike. Why? Because we sense we belong to one another, we are part of society, we belong to our community. So we participate in the great call to service in a time of peril. Because first we belong, then we believe, we share, and we serve!

This I believe is a fundamental fault running through modern Christianity, and some other faiths. We put belief before belonging, orthodoxy before orthopraxis. We invert the natural order of belonging so we believe. Enforced isolation is reminding us that we are first and foremost social beings made in the image and likeness of our triune/communal God. We belong to a creator God whether we believe in God or not. It should be the same in our faithful/faith journeying.

So instead of watching sterile images of liturgies I cannot participate in, I’ve spent my Easter reflecting on the early Church, and how we got from there to our present unholy mess.

Naturally I turned to the early part of Acts (1-13:3) before Paul became the story. Nicholas King’s refreshing (startling) translation and editing reveal much. His ‘Life in the early Church’ (1-6)*, and Peter’s and the Church’s conversion to its worldwide mission are very revealing.

The Emmaus Journeys and Supper that first Easter weekend are presented by Luke as a Eucharistic event (Lk 24:13-35). Acts and Paul’s letters reveal that very early on in the life of the emerging Church they did celebrate the Eucharist. Was it just a meal for family and friends? Or a ‘supper club’, as Tom O’Loughlin has suggested, for local followers of the Way? So really very early on did they have a presbyter to preside? Surely those very earliest disciples weren't deprived of Christ’s presence sacramentally? Or was there a gap of many years or even decades from the time of Christ’s passion and resurrection to when the apostles started to appoint presbyters and define a role for them, including liturgically? Remember, Acts was probably written in 64AD or later, and Paul’s first letter to the Church in Corinth was probably about 57AD.

The early churches clearly lived a shared communal life; they were a truly catholic cosmopolitan community. The Apostles were largely centred in Jerusalem in the early years. James and Peter sometimes differed strongly over traditions and innovations, with the Holy Spirit swiftly resolving them in favour of innovation and inclusion, over concerns for traditions and exclusion.

The Greek-speaking group at least had seven deacons, who it seems rapidly included ‘gospelling the word’ to the scattered towns of Samaria (6:1-6 & 8:4-8). The only ‘priests’ mentioned are converts (6:7) from the Temple cohorts. No mention of presbyter/elder presiders. Paul appointed presbyters/elders in the churches he founded and they are mentioned in Acts (11:30), but no role is prescribed. Did the ordinary community then only remember Jesus, or was Jesus truly present sacramentally?

We need to look to Paul’s first letter to the church in Corinth about the centrality of unity and participation in the community, especially at the Eucharist. Paul is rightly horrified at the class distinctions evident at their supper club Eucharists. He condemns them, ‘For each of you wolfs down your own supper … and this person goes hungry, while that person is drunk!’ (1Cor 11:17-34). So how today can a priest alone be nourished by the Eucharist, devoid of a communal setting, whilst everyone else ‘goes hungry’? Can it truly be Eucharist in the absence of the Community? Surely it is the Community that makes the Eucharist and the Eucharist that makes, and feeds, the Community? Spiritual Communion, to my mind, is as useful as a spiritual collection!

Over the centuries the institutional Church has been forced by events and the Holy Spirit to revise many of its central tenets, such as Archbishop Ussher’s 23 October 4004 BC date for the creation of the world, Galileo’s proof that the earth went around the sun, not the other way round, Myles Coverdale’s translation of the bible into English, to highlight just a few.

With a sharply declining number of priests in our churches, does the infant Church have a lesson to teach us again? Can we recover the fundamental ‘koinonia’ that was so central to the very existence and thriving of the early Church? Is the Holy Spirit trying to show us what is essential to be Church, shorn of Dark Ages and Mediaeval ‘traditions’ that seem to be impeding both that koinonia and our ‘gospelling the word’ to those entitled to hear it and to belong and participate in his Community? Perhaps after this pandemic, the Holy Spirit will once again act decisively in favour of the innovators over those holding onto outdated traditions, as Luke so clearly reveals in Acts.